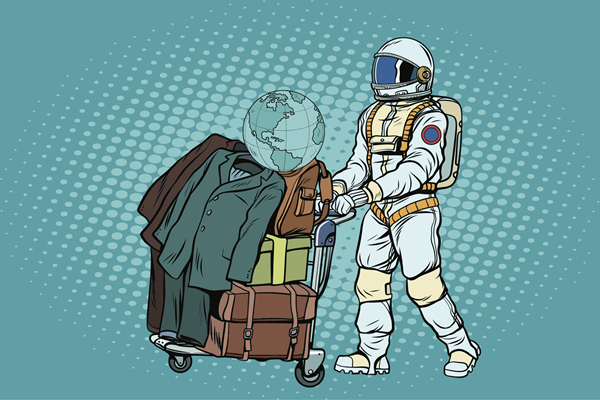 Scientists worry that growing numbers of rocket flights and the rise of space tourism could harm Earth's atmosphere and contribute to climate change.

When billionaires Richard Branson and Jeff Bezos soared into space this month aboard their companies' suborbital tourism vehicles, much of the world clapped in awe.

But for some scientists, these milestones represented something other than just a technical accomplishment. Achieved after years of delays and despite significant setbacks, the flights marked the potential beginning of a long-awaited era that might see rockets fly through the so-far rather pristine upper layers of the atmosphere far more often than they do today. In the case of SpaceShipTwo, the vehicle operated by Branson's Virgin Galactic, these flights are powered by a hybrid engine that burns rubber and leaves behind a cloud of soot.

"Hybrid engines can use different types of fuels, but they always generate a lot of soot," said Filippo Maggi, associate professor of aerospace engineering at Politecnico di Milano, Italy, who researches rocket propulsion technologies and was part of a team that several years ago published an extensive analysis of hybrid rocket engine emissions. "These engines work like a candle, and their burning process creates conditions that are favorable for soot generation."

According to Dallas Kasaboski, principal analyst at the space consultancy Northern Sky Research, a single Virgin Galactic suborbital space tourism flight, lasting about an hour and a half, can generate as much pollution as a 10-hour trans-Atlantic flight. Some scientists consider that disconcerting, in light of Virgin Galactic's ambitions to fly paying tourists to the edge of space several times a day.

"Even if the suborbital tourism market is launching at a fraction of the number of launches compared to the rest of the [tourism] industry, each of their flights has a much higher contribution, and that could be a problem," Kasaboski told Space.com.