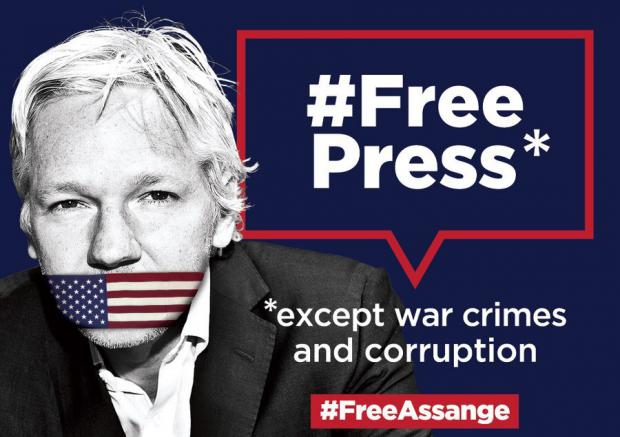 The consistent theme throughout this essay will be freedom of expression in its original and traditional meaning. We are going to be looking at a few aspects of the First Amendment that directly affect Julian Assange at present and consequently for every one of us. Assange Is something of a canary in the coal mine alerting us to an excess of government power. Where an excess of power prevails, property of no sort is duly respected. No man is safe in his opinions, his person, his faculties, or his possessions.

Reflecting on the particulars of Assange's case can teach us about just how far we have strayed from a true understanding of the First Amendment. How have we become strangers to both the letter and the spirit of the law? I can't help but wonder if we stand on the precipice of a moment in time described by the Baron de Montesquieu when he said, "A Nation may lose its liberties in a day and not miss them in a century."

Our focus will be the on the clause stating:

Congress shall make no law abridging the freedom of speech or of the press.

We will be covering two misconceptions about the clause. First that Julian Assange has no constitutionally protected rights. That he, as a non-citizen, can be subject to the punishment of our laws without also being afforded their full protection. Which makes it nothing more than a bill of temporary privileges.