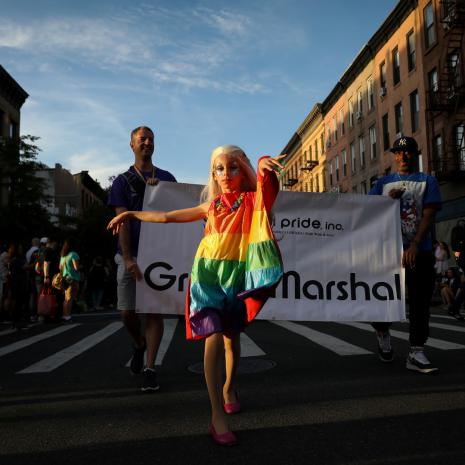 The Bible warned of what becomes of cities that somehow stoop so low as to tolerate – or even celebrate — the ritualized sexualization of children, metaphorical or otherwise.

Could there be a greater sin? Even non-Christians, at this late date, are hard-pressed to deny we are living in a modern-day Gomorrah.

The SF Brigade of the People's Revolutionary LGBTQ4GF150+++© Corporate Army explicitly outlined their plans earlier this month to come for the children in a viral sing-along war plan:

"You think that we'll corrupt your kids

If our agenda goes unchecked

Funny, just this once, you're correct

…We're coming for them

We're coming for your children

…Just like you worried, they'll change their group of friends. You won't approve of where they go at night."Predictably, the SF LGBTQ4GF150+++© PR people were quick to jump on the "it's-just-satire-guys" defense. Against the backdrop of the modern cultural context, though, such a claim is dubious.