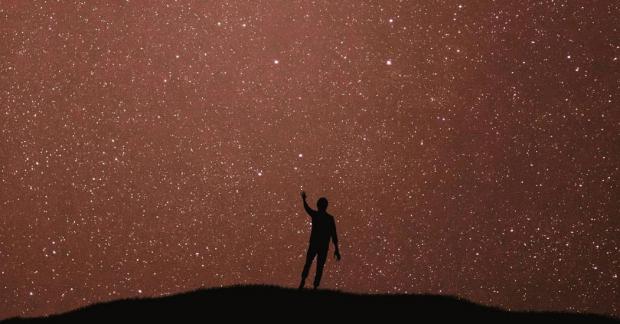 The possible existence of aliens is one of the most intriguing subjects on the fringe of military and scientific communities, and has become more mainstream in recent years. But now, a groundbreaking scientific initiative is creating a unified telescope network to see if mankind is truly not alone in the universe.

Dubbed the Galileo Project, it is the brainchild of Israeli scientist Prof. Avi Loeb of Harvard University's Astronomy Department, a leading scientific voice for the possible existence of alien life.

While traditional SETI (Search for Extraterrestrial Intelligence) efforts have often focused on either finding less-intelligent life or detecting radio waves, Loeb has taken a different approach: cameras and garbage.

"The idea is to use a new network of telescopes and cameras to collect data into a computer system so we can analyze it, spot notable phenomena and track it," he explained to The Jerusalem Post.

In 2017, the first-ever discovered interstellar object was observed in our solar system. Dubbed 'Oumuamua, (traveler in Hawaiian) this object was unlike anything ever seen before: flat and lacking a comet's tail. But Loeb believes it moved like a light sail, sunlight giving it momentum.