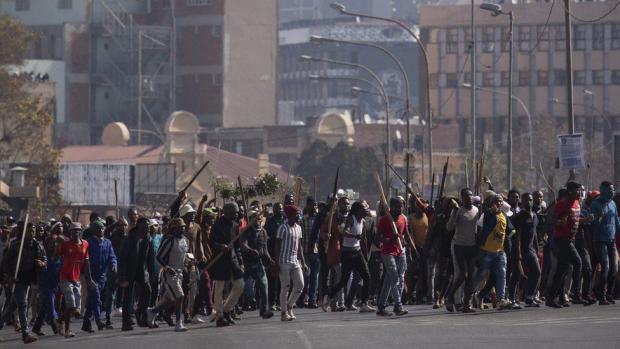 What is strange to me is that certain parallels between South Africa and the US are being summarily ignored.

Basically, the South African situation is a more exaggerated version of what is happening in America, and we need to consider if it is merely a preview of future events as the extra financial protections in the US begin to fall away.

South Africa's government under the ANC (African National Congress) was already going full communist in 2018-2019 before the covid pandemic. Under proposed amendments to the constitution, they demanded that "reparations" be taken from white farmers in the form of land grabs, which would then be redistributed to black citizens.

This is the classic critical race theory argument – That because colonialism once existed, all beneficiaries and their supposed descendants owe dues to the descendants of indigenous people who lost their lands. The problem is, only the descendants of WHITE colonists are required to pay dues.

This is exactly the same path that socialists/Marxists in the Democratic Party are pursuing in the US, with some states and cities demanding reparations for blacks be written into law because of slavery nearly 200 years ago. The reparations movement is tiny, but like all other social justice initiatives it is gaining power because politicians and corporations are supporting it artificially. Why? That's easy: It's all about divide and conquer.