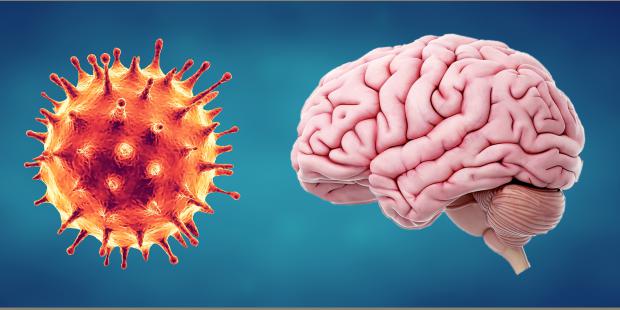 The research found the more severe the case, the greater the persistent cognitive problems, with hospitalized patients put on ventilators showing a decline equivalent to seven IQ points.

Early in 2020, before the pandemic kicked off, Imperial College London researcher Adam Hampshire was working with the BBC on a big, UK-wide cognitive survey. Called the Great British Intelligence Test, the project was designed to get a broad overview of the nation's intelligence.

As the year progressed Hampshire realized the ongoing project afforded him a unique opportunity to investigate how this new disease affected cognition. By May the researchers had incorporated questions regarding COVID-19 into the survey.

As of December 2020 the researchers had collected data from 81,337 subjects. Around 12,000 subjects surveyed reported contracting COVID-19.

After adjusting for a variety of factors the researchers detected a significant relationship between COVID-19 and cognitive deficits. The severity of cognitive problems was directly related to the severity of the acute infection, with the greatest deficits detected in subjects admitted to hospital and put on a ventilator.

"The scale of the observed deficit was not insubstantial," the researchers write in the newly published study. "The 0.47 SD [standard deviation] global composite score reduction for the hospitalized with ventilator sub-group was greater than the average 10-year decline in global performance between the ages of 20 to 70 within this dataset. It was larger than the mean deficit of 480 people who indicated they had previously suffered a stroke (-0.24SDs) and the 998 who reported learning disabilities (-0.38SDs). For comparison, in a classic intelligence test, 0.47 SDs equates to a 7-point difference in IQ."