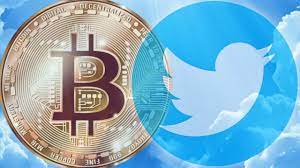 Bitcoin Set to Be a Big Part of Twitter

Twitter announced its quarterly earnings Thursday that beat analysts' forecasts. During the company's Q2 earnings call, CEO Jack Dorsey said that bitcoin would be a "big part" of the company's future.

Dorsey said during the call: "There are three trends relevant to Twitter and you, our shareholders: AI, decentralization, and the Internet finally having access to a global native currency in bitcoin. All these will help us do our jobs better, and we intend to lead the way in each."

During the Q&A part of the call, Douglass Anmuth, an analyst with JPMorgan Chase & Co., asked Dorsey about how he sees bitcoin becoming more integrated into Twitter, particularly around some of the newer products like Super Follows and Spaces, and how they can drive both engagement and monetization for Twitter over time.

"I've been tweeting and talking a lot about Bitcoin," Dorsey replied. "Focusing on the use case of the Internet having native currency and that bitcoin probably is the best, actually known to be the best candidate for that role, that's what I think we should really focus on."