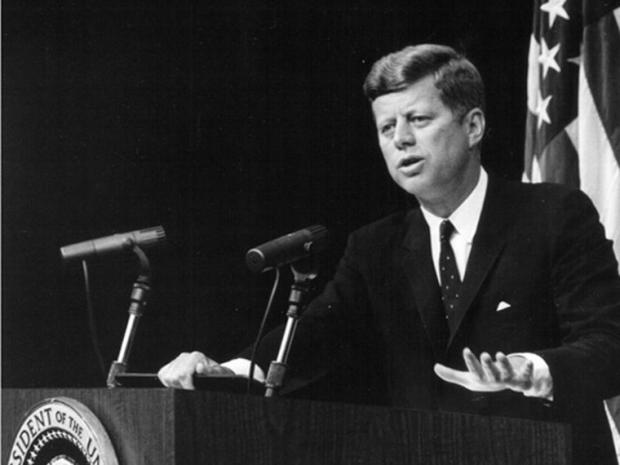 It's an article worth reading, as it shows the relevance of Kennedy's vision for America even today.

Imagine any U.S. president today calling for a normal, peaceful, and harmonious relationship with Russia, China, North Korea, and Cuba. He would immediately be skewered by the Pentagon, the CIA, and their assets within the mainstream press.

Yet, that was precisely what Kennedy did at the very height of the Cold War, when the Pentagon, the CIA, and the mainstream press were claiming that the United States was in grave danger of being subjugated by an international communist conspiracy that was emanating from Moscow. In his Peace Speech, Kennedy was bringing an end to that conspiracy nonsense.

Kennedy was asking us to recognize that the world consists not only of democrats but also of autocrats, dictatorships, military regimes, monarchs and politburos, and the goal of U.S. foreign policy was not to convert them into political replicas of the USA. Kennedy was willing to put our political model on offer to the world, but not to impose it on anyone: "We are unwilling to impose our system on any unwilling people — but we are willing and able to engage in peaceful competition with any people on earth."

Imagine a U.S. president today saying what Kennedy declared in his Peace Speech:

I have, therefore, chosen this time and this place to discuss a topic on which ignorance too often abounds and the truth is too rarely perceived — yet it is the most important topic on earth: world peace. What kind of peace do I mean? What kind of peace do we seek? Not a Pax Americana enforced on the world by American weapons of war. Not the peace of the grave or the security of the slave.