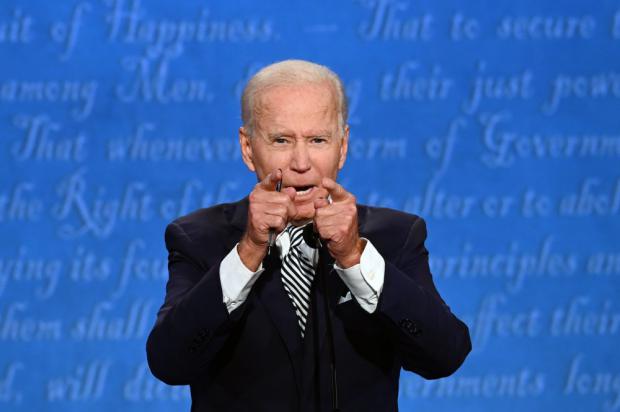 Americans do not live in an emerging police state; all Americans now live in a fully developed police state. Before the Great American Slaughter can begin, the Biden administration, which is following in the footsteps of Hitler, must complete certain tasks related to the complete visceration of the Republic and the utter eradication of all civil liberties.

From a false flag event, 9/11, to the development of the most complete police state apparatus the world has ever seen, one has to wonder what's the "endgame"?

All totalitarian governments begin their invasion into civil liberties with the promise of safety from whoever plays the convenient role of the "boogey man" of the day. In Nazi Germany, the original boogey man were the communists who allegedly burnt down the Reichstag and then the specter of boogey men kept expanding until anyone who was been considered an enemy of the German State needed to be controlled. Today, the totalitarian pleas of "Let us protect you from yourself" ring loudly and clearly through the halls of Congress and in the Oval Office. Today's boogey man will prove to be the vaccine passport. The Vaccine Passport will prove to be the modern-day J Stamp. Below is an outline of what is unfolding in America, today. I will cover the coming J-Stamp, the Vaccine passport in Part Two of this series.

An Outline of the Subjugation of the American People, Nazi Germany Style

As it was in Nazi Germany, if one is on the wrong side of a political issue, in a totalitarian state, they are marginalized:

First, the targeted group is denied free speech. In Nazi Germany, Jews were stripped of the ability to teach, to work in banks, to serve in the military, etc. We are already seeing calls to do the same to the unvaccinated.