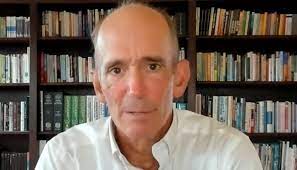 Instead, the article claimed, the shots "alter your genetic coding, turning you into a viral protein factory that has no off-switch."

Its assertions were easily disprovable. No matter. Over the next few hours, the article was translated from English into Spanish and Polish. It appeared on dozens of blogs and was picked up by anti-vaccination activists, who repeated the false claims online. The article also made its way to Facebook, where it reached 400,000 people, according to data from CrowdTangle, a Facebook-owned tool.

The entire effort traced back to one person: Joseph Mercola.

Dr. Mercola, 67, an osteopathic physician in Cape Coral, Fla., has long been a subject of criticism and government regulatory actions for his promotion of unproven or unapproved treatments. But most recently, he has become the chief spreader of coronavirus misinformation online, according to researchers.

An internet-savvy entrepreneur who employs dozens, Dr. Mercola has published over 600 articles on Facebook that cast doubt on Covid-19 vaccines since the pandemic began, reaching a far larger audience than other vaccine skeptics, an analysis by The New York Times found. His claims have been widely echoed on Twitter, Instagram and YouTube.

Thanks for this warning. Some of the things Dr. Mercola says are a bit wild here and there. But this article proves that he is right on the money. After all, most of the things he says about Covid and the vaccines have been backed up by medical authorities from around the world. Then we look at the Fauci emails to see that he is lying and deceiving all over the place. So, it is the CDC that is full of BS. --- Consider. If Fauci was accused of financing gain of function research, and the indictment said "Gain Of Function Research," Fauci would get out of it by saying that he never capitalized gain of function.