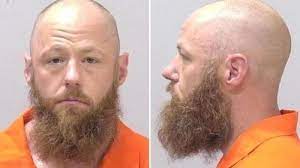 He  faces up to ten years for allegedly assaulting his wife with intent to do great bodily harm. However, Trask was also key to the arrest of men in the alleged plot to kidnap Michigan Gov. Gretchen Whitmer. Those defendants — and some observers — have criticized the FBI for entrapping the men by pushing them into the conspiracy and facilitating their efforts.  The question is whether Trask's arrest could undermine those cases.  The answer is yes.

There are legitimate concerns over the role of the FBI in the planning and preparation for this alleged conspiracy. As a criminal defense attorney, I have long been a critic of the degree to which the FBI often pushes defendants to take actions to trigger criminal charges. However, it is very difficult to make a case for entrapment and the agents know that.

In the Michigan case, six men are charged with a conspiracy that involved kidnapping Whitmer but news outlets like BuzzFeed News have raised serious concerns over how much of the conspiracy was directed and facilitated by the FBI. At every critical juncture, agents like Trask appear to push the effort along, even overcoming reluctance of the alleged conspirators. That includes calling meetings where the conspirators first met and structuring the planning stage for the crime. The FBI even paid for room and foods to keep the planning going. Reportedly, the FBI informant ultimately rose to second in command of the conspiracy.