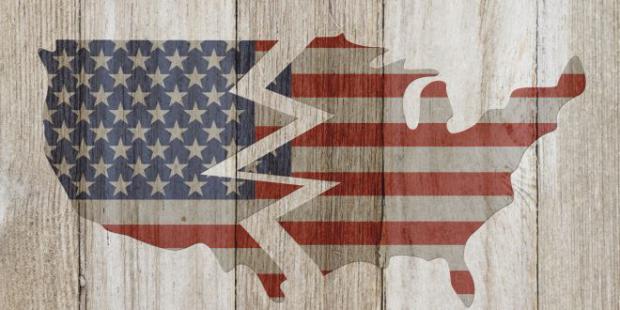 Well over a century later, the idea of secession appears far from settled in the minds of millions of Americans—Democrats and Republicans alike.

In fact, secession mindedness has been gaining ground following the 2016 and 2020 presidential elections, which showed the nation to be more politically divided than ever.

A newly released poll found that two-thirds (66 percent) of Republicans living in southern states, including Texas and Florida, would approve of seceding from the United States to join a union of southern states.

That number is up from 50 percent from a similar poll conducted earlier this year.

Among southern Democrats, 20 percent are in favor of breaking away and forming a new country, according to the latest poll by YouGov and Bright Line Watch of 2,750 Americans.

For Daniel Miller, president of the Texas Nationalist Movement, founded in 2005, the poll numbers are revealing but not surprising.

Similar polls conducted in the Lone Star State have also shown a willingness among Texans to leave the union and establish their own nation—a Texit, if you will.

"You look at the size of our movement—we are literally the largest political advocacy organization in the state" with over 400,000 members, Miller told The Epoch Times in a phone interview.

At the very core of the state's secessionist movement is the belief that Texas is "past the breaking point" in terms of dealing with a liberal Washington establishment and its unfavorable policies regarding border control, immigration, culture, and finance, Miller said.

"We are being crushed by 180,000 pages of federal laws, rules and regulations every single day. What we want is a basic fundamental right of self-governance. Texans want to be able to create policies that can't be overridden [by Washington politicians]," Miller said. "That is what this movement is all about."