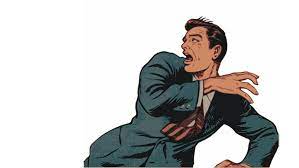 But in his podcast, Peter Schiff makes the case that the markets are afraid of the wrong thing. They shouldn't be worried about the Fed fighting inflation. They should be worried that it won't.

There was a big global selloff in stocks earlier this week. The Dow was down nearly 900 points at its low. The mainstream blamed the big selloff on COVID fears. But Peter said he wasn't so sure. After all, it's not like anything really changed over the weekend. The delta variant of COVID-19 was just as much a problem on Friday as it was on Monday. Peter said he thought the coronavirus was a convenient excuse and that markets are becoming more concerned that the Fed is going to take away the punch bowl and prick the bubble.

The markets continue to fret over inflation. But it's not inflation per se that they're worried about.

What's bothering the market is that the market believes the Fed is going to fight inflation - that the Fed is going to do what it said. After all, Jerome Powell just assured the nation, 'Have faith. We will make sure there is no inflation. We believe it's transitory, but in the event that we're wrong, don't worry. We're going to be on the job. We're going to use our tools. We're reluctant to use them now, but don't worry. We'll use them in the future if we have to.' And the markets are taking the Fed at its word. I don't know why, but they still believe the things that Fed officials say."