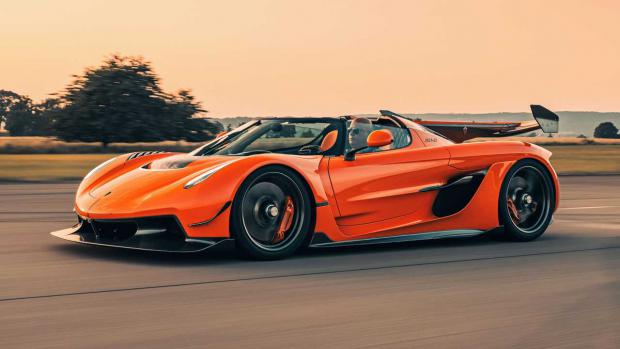 Christian Von Koenigsegg is one of a very short list of people who have proven themselves repeatedly at the very pointiest end of the high-performance auto world, and the extraordinary Jesko is a high-octane love letter to his father, who helped him get started in the supercar business.

We've written extensively about the 1,600-horsepower Koenigsegg Jesko before. In standard trim, it's aiming for 300 mph (483 km/h), and the "Jesko Absolut" model ditches the high-downforce rear wing with aspirations of going significantly faster than that. Koenigsegg says it's the fastest car the company will ever attempt to make, and that's saying something.

No production car has ever recorded a two-way official 300-mph top speed – well, the SSC Tuatara did, but under highly dodgy circumstances, and when it re-ran its attempt and took the title of world's fastest car, it only managed 282.9 mph (455.3 km/h).

Likewise, Bugatti released film of its Chiron Super Sport allegedly breaking the 300-mph barrier, but it was an unofficial attempt without proper oversight, and only done in one direction; you've got to do it both ways and offer your average speed on a record attempt, to cancel out any potential wind assistance. So the magic 300 is still there to be broken, as is the 500-km/h (310.7-mph) mark.

Such goals are arbitrary, but the technology that's gone into creating the Jesko is not. It achieves its monster power output with a roaring 5-liter V8 whose massive twin turbochargers are force-fed by 20-bar (290 psi) air blasts from an onboard compressor to ensure instant response with no turbo lag.