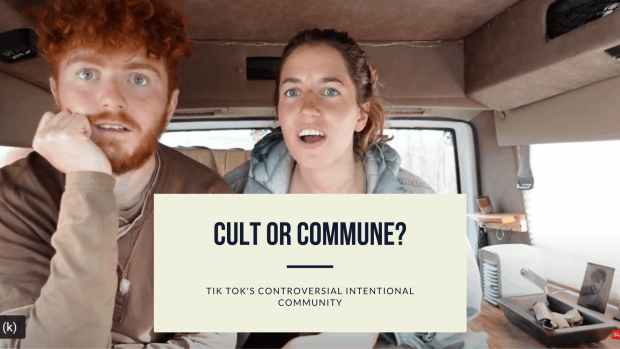 No matter how you slice the pie, nor whatever ideological analytical slant you apply, the modern Western lifestyle is a cancerous hodgepodge of mindless consumerism, performative social virtue signaling, public school indoctrination, and innumerable environmental toxins found in everything from Maybe She's Born With It Maybelline© cosmetics to hydrogenated soybean oil-laden Funyuns© chips – all of which conspire to rip to shreds the fabric of society.

The great struggle of the 21st century is not kinetic but rather spiritual warfare: the People vs. the Corporate State.

A group of young idealists banded together to do something about it, forming a non-partisan Tennessee hills commune based on subsistence farming, appreciation of nature's beauty, and mutual aid.

"Free land for free people" is the essential ethos of The Garden, as articulated by one resident with the pseudonym "Tree."

Predictably, the "lifestyle journalists" at Vice News got ahold of the story and distorted it from an objective accounting of an interesting alternative lifestyle into a fact-free smear job against "transphobic," racist Q-Anon supporters.

Enter the cringe – yet illuminating – Vice "News" piece titled "Cult or Commune: Inside 'the Garden'," the penultimate odyssey into the diseased minds of online social justice activists.

At 00:35 into the mini-documentary, an obese, pasty self-identified "transgender" Brooklyn SJW woman named Milo (using the TikTok handle @DirtyHumanTwunk) — who, incidentally, has never been to The Garden — appears to "debunk" The Garden by labeling its members "fucking QAnoners."