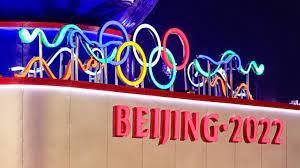 Raising many concerns, including privacy, they warned, "Olympic athletes should be aware that the digital yuan may be used to surveil Chinese citizens and those visiting China on an unprecedented scale."

Three U.S. senators wrote a letter to Susanne Lyons, the chairman of the board of the United States Olympic & Paralympic Committee (USOPC), Monday with concerns regarding the digital yuan.

Senators Marsha Blackburn, Roger Wicker, and Cynthia Lummis wrote: "We write to express our concerns with the communist Chinese government's plans to officially launch the Digital Currency Electronic Payment, commonly referred to as the digital yuan, prior to the Beijing Winter Olympics in 2022." They clarified: