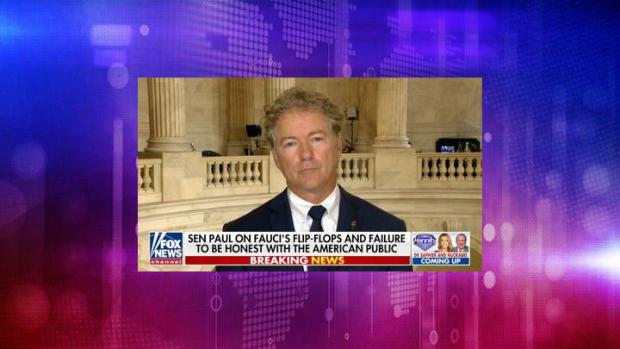 During an otherwise routine hearing before the Senate, Sen. Rand Paul and Dr. Anthony Fauci clashed once again over whether President Biden's top COVID advisor had lied to Congress when he insisted back in May that the NIH hadn't finance gain-of-function research at the Wuhan Institute of Virology (Dr. Fauci also furiously pushed back on the assertion that COVID-19 may have leaked from the lab, before suddenly changing his tune).

A clearly frazzled Dr. Fauci hurled insults at Sen. Rand Paul (a medical doctor) - "you don't know what you're talking about", he shouted. However, after the dust settled, several reporters, including a reporter for the Washington Post, stepped up to point out that Dr. Fauci was, in fact, wrong. As we reported as far back as March, the NIH - which Dr. Fauci has been in charge of for decades - helped finance 'gain-of-function' research involving bat coronaviruses (research overseen by Dr. Shi 'Batwoman' Zhengli) via a third-party: EcoHealth Alliance.

Hey guys, @RandPaul was right and Fauci was wrong. The NIH was funding gain of function research in Wuhan but NIH pretended it didn't meet their "gain of function" definition to avoid their own oversight mechanism. SorryNotSorry if that doesn't fit your favorite narrative.

Rand Paul says he will be sending a criminal referral letter to the DOJ about Fauci pic.twitter.com/B17FZCAVoW

During the interview, Paul explains that he has found multiple doctors and scientists to confirm that the research the NIH helped to finance at the WIV was, in fact, gain of function research - which was made illegal for the NIH to finance by the Obama Administration. What's clear is that Dr. Fauci, who led the agency and has been a vocal proponent of gain of function research, as the Australian first reported back in May.

During a different interview on Fox a few hours earlier, Sen. Paul explained how scientists had repeatedly confirmed that the research being done by Dr. Zhengli in Wuhan absolutely constituted gain of function research. "When you talk to other scientists, they're saying it's the epitomy of 'gain-of-function' research. Despite Dr. Fauci's refusal to acknowledge this, it's clear he has a significant "conflict of interest."