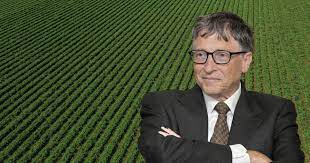 A primary proponent of this view is the Cornell Alliance for Science (CAS), founded in 2014 to "depolarize the charged debate" around genetically modified (GM) seeds. With $22 million in funding thus far from the Bill and Melinda Gates Foundation, the CAS in fact consistently defends GM seeds, arguing that they are healthy, productive and environmentally friendly, while attacking agroecology as economically and socially regressive.

In contrast, the Alliance for Food Sovereignty in Africa (AFSA), which represents more than 200 million farmers, fishers, pastoralists, indigenous peoples, women, consumers and others across all but five African countries, holds that agroecology is what our continent needs. Small-scale, ecofriendly cultivation methods using indigenous knowledge and inputs and cutting-edge science increase the variety, nutritive value and quantity of foods produced on farms while stabilizing rural economies, promoting gender equity and protecting biodiversity.