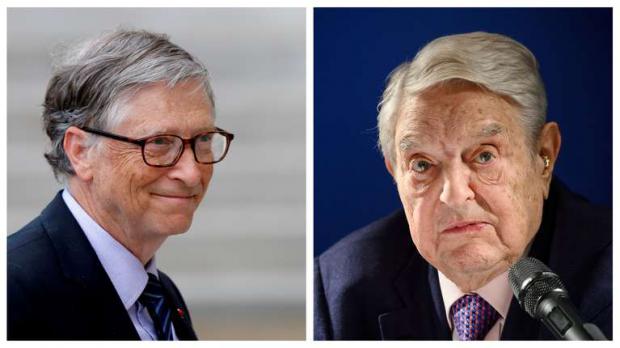 According to Forbes, citing a Monday press release, the buyout was done to increase access to "affordable state-of-the-art medical technology" via a rapid 'lateral flow' test, which offers an early-warning screening for Covid-19, as negative tests are going to be increasingly required to go back to 'normal life' - along with one's vaccine passport of course.

The Gates-Soros collaboration is part of a new initiative, Global Access Health (GAH), which will invest "at least" $41 million in the deal, according to the statement. The transaction will feature a buyout of all Mologic's existing shares - including investments held by Foresight Group LLP and Calculus Capital.

Soros and Gates are part of the billionaire community looking to direct their philanthropic efforts to the so-called global south, referring broadly to the regions of Latin America, Asia, Africa and Oceania that many fear will be left behind as the more affluent West accelerates its program of vaccinations, testing and biosecure bubbles in the years ahead. Sean Hinton, the CEO of the Soros fund, said in a statement that the pandemic has "painfully demonstrated the fundamental inequities" in global public health, adding that this "unique transaction" has brought philanthropic funds and investors together to address the issue.

Roxana Bonnell, a public health expert from Soros' Open Society Foundations, which claims to be the world's largest private funder of human rights and social justice advocacy groups, said, "As we have seen during the Covid-19 pandemic, access to testing is absolutely essential when it comes to containing the spread of contagious disease—an issue that ultimately affects us all." -Forbes