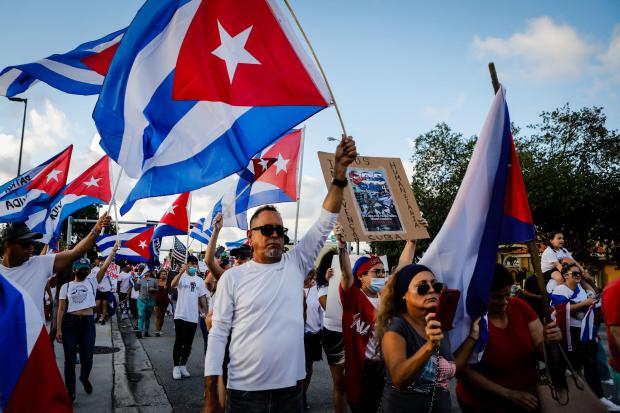 What nonsense! With the notable exception of Cuban-American libertarians, many Cuban-Americans are no more against socialism than the average Cuban citizen is. They just want a pro-Pentagon, pro-CIA regime in Cuba managing their socialist system.

Ask any Cuban-American if he favors the immediate repeal of Social Security here in the United States. Many of them will go ballistic. "Of course I do not favor the repeal of this government program," they will respond. "I love the poor, needy, and disadvantaged. If the federal government were not providing retirement pay to seniors, they would be dying in the streets."

But that's exactly the position of the socialist regime in Cuba. They have Social Security too. They might not call it by that name, but it's the same concept, one that holds that it is the duty of government to take care of older people with a monthly stipend.

In fact, the idea of Social Security actually originated among socialists in Germany in the late 1800s. It was later imported into the United States, where it became a permanent part of America's economic system in the 1930s during the regime of President Franklin Roosevelt.

In the 1960s, President Lyndon Johnson built on FDR's welfare-state philosophy by securing the enactment of Medicare and Medicaid, two other socialist programs that also originated among German socialists in the late 1800s.