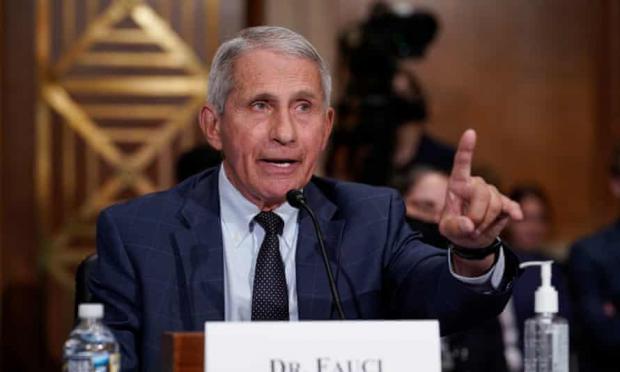 In a Senate Health Committee hearing Tuesday about the federal COVID response, Paul implied that Fauci lied to Congress in May for denying that the National Institute of Health played a role in bat coronavirus research in China.

"Knowing that it is a crime to lie to Congress…do you wish to retract your May 11 claim that the NIH never funded gain-of-function research in Wuhan?" Paul asked Fauci after citing numerous scientific articles showing the opposite to be true.

"Senator Paul, I have never lied before the Congress, and I do not retract that statement," Fauci answered. "This paper was judged by qualified staff up and down the chain as not being gain-of-function."

"When you take an animal virus, and you increase its transmissibility to humans—you're saying that's not gain-of-function research?" Paul asked.

Paul, a physician himself, then read the NIH's own definition of gain-of-function research.

"This is your definition that you guys wrote. It says that 'scientific research that increases the transmissibility among animals is gain-of-function,'" Paul said. The Wuhan researchers "took animal viruses…then increased their transmissibility to humans. How you can say that is not gain-of-function—it's a dance, and you're dancing around this, because you're trying to obscure responsibility for four million people around the world dying from a pandemic."