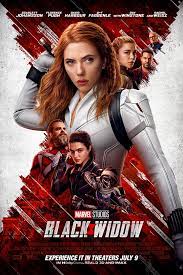 Disney's highly anticipated Marvel film "Black Widow" suffered a brutal blow at the box office this weekend, falling 67 percent compared to its opening weekend and dashing hopes at the company for a July hit.

Potentially even more worrisome for Disney is that the poor numbers may not have been solely the result of its decision to make the movie available simultaneously for $30 on Disney Plus: It could be that consumers don't want to pay for Marvel content in the numbers they once did, no matter the venue.

If true, it would imperil the most lucrative movie universe of all time at precisely the post-pandemic moment movie theaters need it most and throw Marvel's larger financial future into question along with it.

"I assumed this would be a bigger, more consistent hit," said Josh Spiegel, a commentator and leading Disney expert. "If 'Black Widow' can only do what it did in its second weekend, there's a part of me that says people may be a little tired of Marvel. That should make Disney worried."