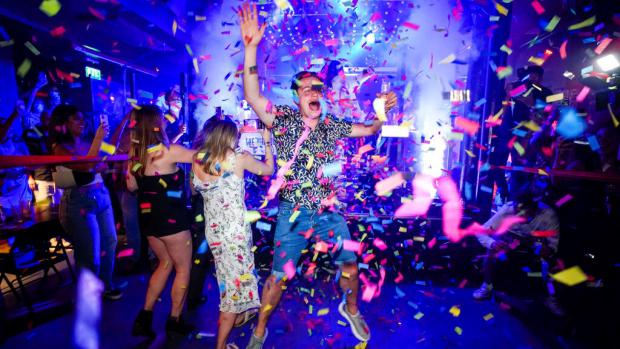 Nobody in the press seems very excited about that. The Guardian reports on the "economic chaos" and the mathematical models predicting disaster. The Financial Times calls it "surrender day". Reuters go with "anxiety day". CNN call it a "huge gamble". Nature says that "researchers" find it "alarming".

They're desperately trying to re-stoke a year-old panic by reporting rising numbers of "cases" as if that's measure with any kind of meaning.

But none of that matters, because Britain can finally go back to normal.

…Except for all care home workers who are being forced to get vaccinated, of course. And all the businesses being "urged" to use Covid passes. And all the major cities still enforcing masks on public transport. And the wall-to-wall propaganda. That's all here to stay.

…and the lockdowns might be coming back in the winter too.

All-in-all, "Freedom Day" is all mouth and no trousers, and unlikely do much to dissuade the growing number of people that believe the "virus" – if it truly exists – is being used as a pretext to impoverish millions, enrich dozens and perform a global-scale theft of basic human liberty.

We've been told that two protest events have been planned for today, both in London, one at 9 am and another at noon.

The former is reportedly a plan to "storm parliament". If there's any truth to that, we would consider it a mistake. Whilst we sympathise with anyone feeling angry, we could not recommend or endorse such action. Violence of any kind is the quickest way to discredit your position, and we've seen in the recent past how the MSM can twist a nothing-burger into a "violent insurrection".