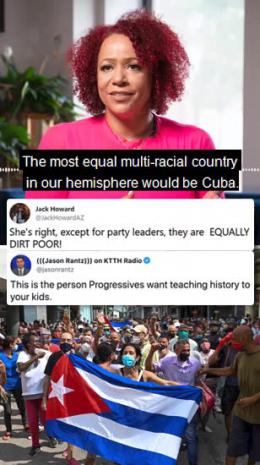 She made the comments in a 2019 podcast, but they have recently emerged again online and sparked fury among those protesting against the regime

Many Cubans have been crying for freedom from the communist dictatorship and expressing anger over rising prices, goods shortages, and poor health care