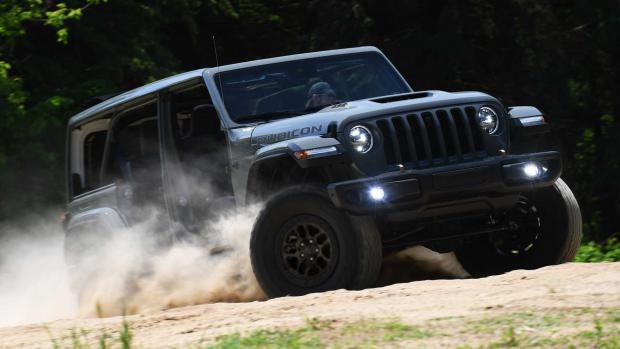 While the current Jeep Wrangler Xtreme Recon can drive through 33.6 inches of water, Wranglers in the future may wind up being fully submersible, according to new comments by Jeep's parent company Stellantis.

A recent presentation showed a Wrangler as potentially being able to drive while being fully submerged, according to the NY Post. The idea look as though it is about 10 years away, based on comments by Jeep's CEO.

Jeep CEO Christian Meunier said this week: "There is a little wink we have at the end, which is probably post-2030, but I know a lot of enthusiasts and a lot of our communities are requesting it. There are some crazy, very amazing people in the Jeep community who do that type of thing already with an ICE, so you can imagine with a battery car what it would be."

EVs are an obvious choice to be the first fully-submersible models because they don't have air intakes or exhausts.

Jeep's Wrangler Rubicon 4Xe plug-in hybrid already sports a waterproof battery pack and is rated at a fording depth of 30 inches, according to the report. So, the first steps to a fully-submersible Jeep may have already been taken.

Additionally, Meunier hinted at the idea of off-road autonomous capability that will allow Jeeps to drive to their owners while camping or at the end of a hike.