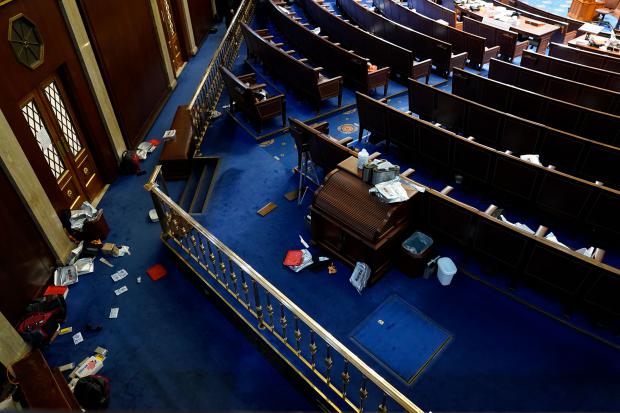 One of the most politically impactful impressions of the Jan. 6 siege is the extreme danger presumably posed to the nation's lawmakers. After all, these were assuredly Trump supporters upset about the 2020 election. What other reason would they storm the capitol building than to overturn the results?

Yet, there are numerous false assumptions that betray the mainstream narrative about the Capitol riots. The real crack in the narrative begins with this: The Capitol building was evacuated because of the bomb threat, not because of the protesters outside.

How do we know this? Because former Capitol Police Chief Steven Sund testified to it earlier this year, although the major news media appears to have missed or ignored this salient fact.

"The discovery of a pipe bomb outside the Republican National Committee headquarters in Washington on Jan. 6 prompted police to evacuate two congressional buildings, not, as was believed, the attack on the U.S. Capitol," as the Washington Examiner reported in February.

"U.S. Capitol Police learned of the discovery of two pipe bombs on Capitol Hill around the same time, just before 1 p.m. ET that Wednesday," the report continued. "Capitol Police responded to one bomb discovered by an RNC staff member at the organization's office, just a few blocks from the Capitol. Metropolitan Police Department officers responded to a second pipe bomb that was spotted outside the nearby Democratic National Committee headquarters. Each department sent officers to respond, hurting the Capitol Police's ability to secure the Capitol since MPD was called to the Capitol minutes after the bombs were discovered."