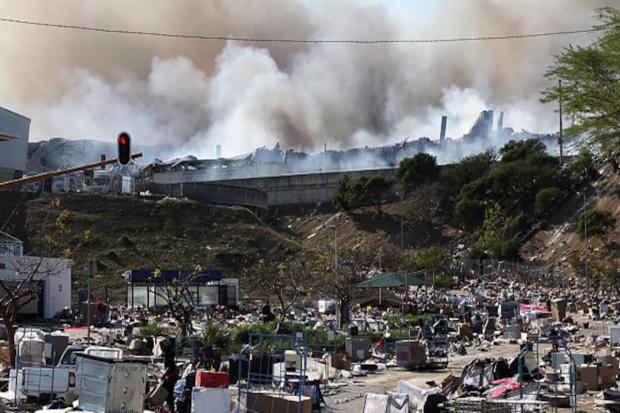 After the jailing of Jacob Zuma, supporters of the former president took to the streets, ostensibly to protest but actually to simply plunder at will. The official death toll already runs into the dozens, but in a country as violent as South Africa (57 murders a day) the real toll will likely never be known for certain.

Rioters have plundered shops and entire shopping malls. When they run out out of normal goods, they steal livestock. When it's too heavy to carry by hand, they bring a forklift.

The meltdown in South Africa isn't a natural disaster or a random fluke. It's a choice. South Africa was the first modern nation to be refounded on the anti-white principles of critical race theory, and now it is reaping the whirlwind of that choice.

South Africa did everything that is being done in America right now. As a hyperdiverse multiethnic, multilingual society, South Africa has followed almost every prescription embraced by the globalist ruling class.

This is about more than riots. This wave of violence will eventually peter out. But there is no reason to be optimistic when that happens. There will be no sense of having survived a calamity, and having a chance to rebuild. When this wave of burning and looting and killing are over, there is nothing to look forward to but the next wave.

VACCINE REBELLION: Growing number of US states are refusing to go along...

Firefighters, emergency medical workers and police stood for one hour in silence

The Love Bus Liberty Tour will be in Prescott. AZ, Wed Sept 15th, 3-7 pm for a sign-making event