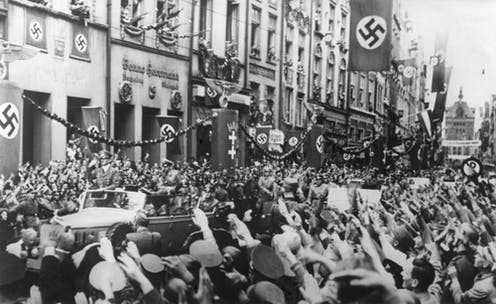 Each little step was worse than the one before, inexorably, but only a little worse. Like a field of corn that we never see growing — but one day it is over our head.

There is no time when everyone realizes together and lifts in mass protest. Instead, little moments tip the balance, one person at a time. And once awake, good people don't want to be troublemakers. They are afraid to stand out.

Its all so human while it becomes something so horribly inhumane.

The form of the nation stays the same but the spirit changes to become something people would never have accepted even five years earlier. Like perhaps the idea that people who committed, at most, a minor misdemeanor, a trespass, could be kept without charges in solitary confinement for months on end.

We are a gregarious species. It is hardwired. Our great strength is also our greatest vulnerability…

So many wait for someone else to speak up.