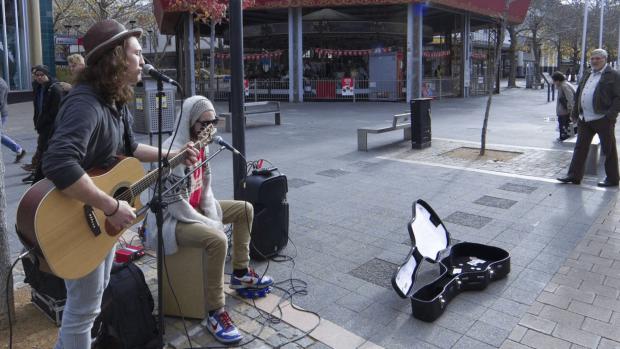 A report recently published by economists at RMIT University in Melbourne, Australia has found that in certain areas, buskers get more donations via digital payment methods like Paypal and bitcoin from people passing by, than by traditional means.

Buskers Leaning Toward the Digital World
Economists at RMIT University in Melbourne and data collected from The Busking Project indicate that digital methods of payment are becoming the norm for street performers. According to statistics from the study, the research combed through the payments stemming from 3,500 buskers from 121 countries.

Street performers getting payments via digital avenues have been leveraging different methods for quite some time. A myriad of stories and forum posts show bitcoiners have been busking for bitcoin throughout the last ten years.

In April 2018, ABC interviewed a busker named Josh Thompson who was "busking for bitcoin."

At the time, Thompson said in Australia people passing by were "hesitant to make electronic payments to buskers." However, Thompson remarked that it wasn't the case everywhere, as other regions were more receptive to paying by digital means than loose change.

"In Europe and the UK, with apps and Paypal and everyone getting into bitcoin, people actually are paying buskers with digital currency," Thompson said.

The most recent study compiled by RMIT economists was led by Dr. Meg Elkins, a senior lecturer in the School of Economics, Finance, and Marketing at RMIT. Elkins detailed that the report's findings suggest street artists have more of an "entrepreneurial" spirit these days.