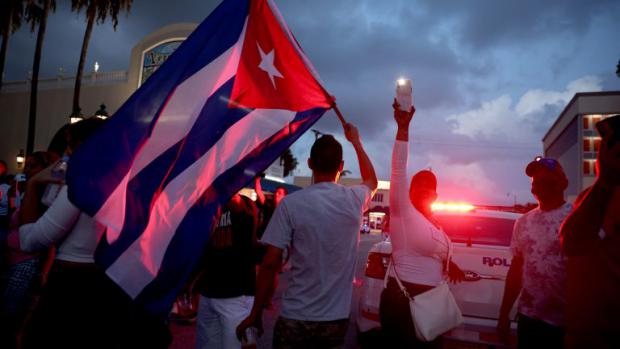 With summer uprisings in Cuba, the communist government has discovered ways to cut the internet off to millions of residents, so organized protesting on social media is near impossible.

Let's take a step back to early last week when reports of the Cuban regime used China-made technology systems to block internet and cell phone service to prevent pictures and videos of what was happening on the ground published online near impossible for the outside world to see. The regime also blocked popular social media channels that would make organized protesting impossible.

Remember, a decade ago, during Arab Spring, Facebook and Twitter were critical for organizers to orchestrate uprisings in Tunisia, Egypt, Libya, and Bahrain.

The Biden administration is finding ways to provide anti-censorship tools to Cubans to access social media during the blackouts.

According to Bloomberg, the U.S. government supports a censorship circumvention tool designed to unblock content in Cuba and is powered by a company called Psiphon Inc.

As of Thursday, Psiphon tweeted, "1.389 Million daily unique users accessed the open web from Cuba through the Psiphon network. Internet is ON; circumvention tools ARE working."