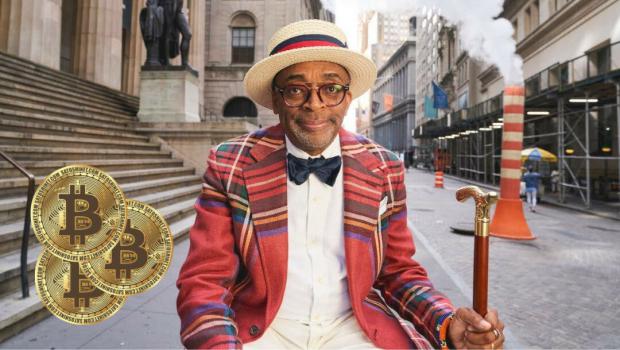 The latest attempt to push digital currency as the great equalizer comes from Spike Lee, who has directed a new commercial for Coin Cloud, a company that offers ATMs for cryptocurrencies. Yes, the Oscar-winning director of Malcolm X, Do the Right Thing, and numerous other classics of American cinema did a crypto ad.

"Our currency is not current. Old money—as rich as it looks—is flat-out broke," bellows Lee, who's wearing a beautiful tweed suit and straw hat and holding a cane. "They call it green, but it's only white. Where's the women, the Black folks, and the people of color? Native Americans got a nickel—a nickel! People don't even stop and pick up a nickel outside."

The gist of the commercial here is clear: Cryptocurrencies are here to save you from the marginalization and exploitation that has typically dictated how wealth is created and grown. At times, the commercial seems to contradict that messaging thoughtlessly, however. The company's motto is "Bringing Digital Currency to All," so to that end, it closes showing 10 different people: Some are Black, some are POC, some are disabled, but half of them (and the most prominently featured ones) are in suits, checking an ATM on Wall Street. People working in the financial industry—which the commercial clearly accuses of marginalizing and exploiting everyday Americans—are not the sort of folks you'd expect to be prominently featured in an ad about how cryptocurrencies will liberate and enrich people.

"Old money is not gonna pick us up. It pushes us down. Exploits. Systematically oppresses," Lee explains. "New money is positive. Inclusive. Fluid. Strong. Culturally rich. Where status is anything but status quo."

Many online were baffled by the commercial, and wondered what compelled Lee to do such a thing. This type of promotion isn't actually out of step for the director, who made a series of short films for Uber under the banner "Da Republic of Brooklyn" in 2018 that parroted the company's viewpoint that gig work can be emancipatory for people of color, despite all real-world evidence to the contrary.