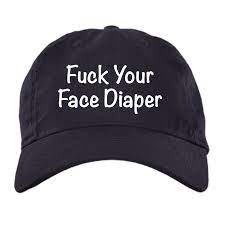 I did so just a few hours ago. I was out with my girlfriend doing atomic blast burnouts in a new Mustang Mach 1 – review is coming! – when I rolled up to the post office in my small rural county to drop off a letter at the box. As I rolled the rumpety-rumping Mustang up to the box, a Freak hurried out of the building. A middle-aged woman, fully Diapered, all by herself – outside. Her car – a crossover, of course – was parked such that I was crossing her T (battleship lingo) with the Mustang and she did not like that, as inferred from her posture and the way her angry little eyes narrowed.

But she really didn't like that I laughed at her, obviously, as she got the disinfectant out and cleaned her 'Rona-laden paws. I made no effort to be discreet and then did the ultimate triggering thing. I placed both hands on my face and moved them up and down, it-rubs-the-lotion-on-its-skin-or-else-it-gets-the-hose-again style.

My amigos over at Media Bear are infamous for this gesture of contempt and I give credit where credit is richly due.

The Freak almost popped. Spittle would probably have splattered from her face portal if her face had not been effaced. She angrily backed up and drove away.