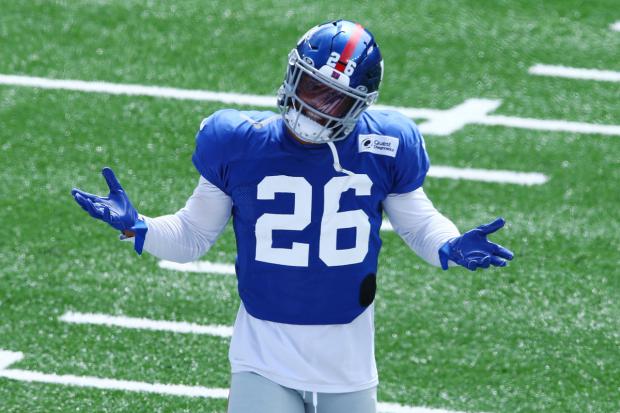 The 24-year-old running back for the New York Giants, Saquon Barkley, discussed converting his endorsement revenue into bitcoin during a recent interview with the Morgan Creek Digital co-founder Anthony Pompliano.

Saquon Barkley is taking his marketing money and transferring it into bitcoin (BTC) according to an interview he had with Anthony Pompliano on the show "The Best Business Show." Barkley's interview also featured the CEO of the company Strike, Jack Mallers, and the NFL running back said Mallers helped educate him on the technology. The football player said he will be directly depositing his marketing money into his Strike account in order to convert to BTC.

It is estimated that Barkley makes around eight figures ($10 million) annually from his marketing endorsements. The NFL player has endorsement deals with Toyota, Pepsi, Campbell Soup Company, Nike, and Panini America, according to NJ.com data. Barkley told Pompliano that he studied how inflation was affecting the economy and that because of inflation's negative effects on wealth accumulation, he's moving toward bitcoin.

"We're seeing inflation and we're learning you can't save wealth. That's why I am going to be taking my marketing money in bitcoin," Barkley said on the show. "When you see the KDs, the Lebrons, and [Tom] Bradys of the world, and you want to create generational wealth, you can't do that with the sport that I play…and coming off of injuries. When you sit out of football for a whole year, you realize that this game could be taken away from you," the NFL running back stressed.