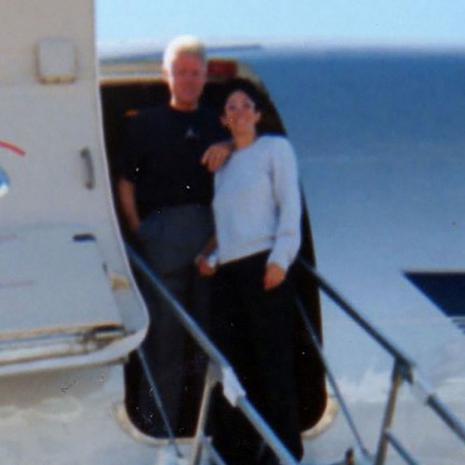 And it adds a brand new layer to the sordid Epstein saga.

According to bestselling author and investigative reporter Vicky Ward, Clinton and Maxwell took a 2003 trip to India aboard the infamous "Lolita Express," and even stayed together at the same hotel.

The alleged trip is one of two previously undisclosed flights recently revealed.

Daily Mail reports that the excursion was part of a Clinton Foundation initiative.

And Ward says Epstein wasn't there.

She's suggesting that Maxwell became a close insider of Clinton's post-presidential rat pack in order to distance herself from Epstein as their relationship went cold.

"Remember, Clinton's post-presidency was an exciting, very attractive place to be," said Ward. "He and an entourage went on fascinating trips to Europe, to Asia, to Africa and he met with extremely interesting people."

"Now, records I've seen recently show that in 2003, Ghislaine visited the Taj Mahal with Bill Clinton and a group of around 20 others. This trip has not previously been reported. Jeffrey wasn't on it. And that was key in cementing Ghislaine's rise as a VIP in her own right in Clinton World, according to sources close to Bill Clinton."

So it seems that she became more than an associate.