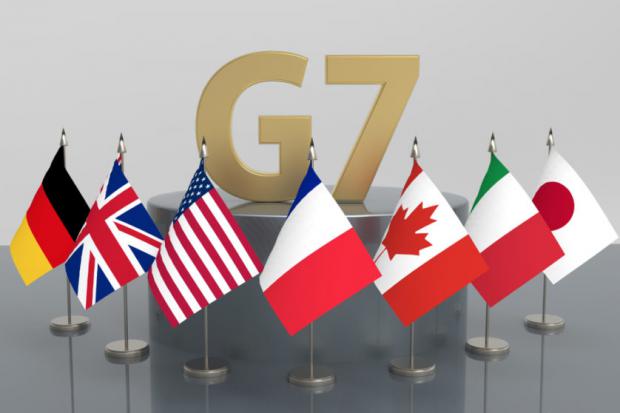 When initiatives like vaccinating the planet, "climate change," and implementing a minimum global corporate tax are on the G7 agenda, and they're selling it to a citizenry who would be content with their peanut butter on toast because "they are doing their best for us," you know that freedom-loving people are in for a lot of trouble.

All three of these initiatives in isolation would be (and should be) horrifying to any freedom-loving individual. Collectively they are the equivalent of grabbing the global economy, hoisting it up onto your shoulders, and then tightrope walking across the Grand Canyon blindfolded with a swarm of mosquitoes biting you, but only after drinking an entire bottle of Absolut vodka. You might make it across to the other side, but the odds are right up there with finding a juicy T-bone steak at a vegan festival.

What these initiatives cement is a collapse in living standards of the global citizenry and ultimately a rather dramatic increase in the likelihood of a major international war.

Why? By pushing the climate hysteria agenda with its bedfellow of "CO2 reduction" and forcing it upon developing nations, they will be forcing not just a decrease in living standards but sending billions of people (literally) into extreme poverty.

First off, it's important to understand where you're at in any cycle, especially for long-term, deep-value macro investors (such as ourselves). We must attempt to parse noise from trends and focus on the latter while realising the former for what it is.

You'll notice that one thing that is prevalent in all Western "liberal democracies" is that the leadership all act like angry stubborn old farts desperate to hang onto their own power. Karl Marx was right about one thing.