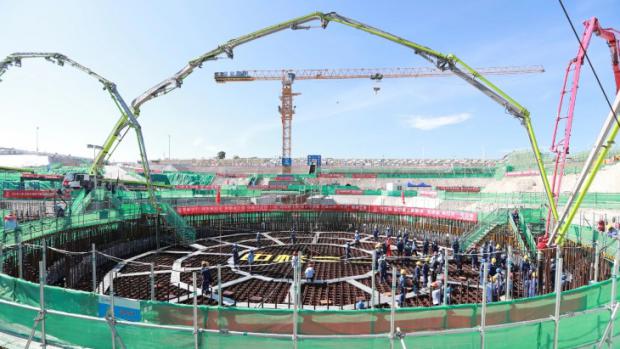 Construction time is expected to be 58 months.

Above – First concrete being poured for the basemat of the ACP100 demonstration plant at Changjiang (Image: CNNC)

The Changjiang ACP100 reactor will be capable of producing 1 billion kilowatt-hours of electricity annually, enough to meet the needs of 526,000 households.

In October 2015, NPIC signed an agreement with UK-based Lloyd's Register to support the development of a floating nuclear power plant using the ACP100S variant of the CNNC design, a marine version of the ACP100. Following approval as part of the 13th Five-Year Plan for innovative energy technologies, CNNC signed an agreement in July 2016 with China Shipbuilding Industry Corporation to prepare for building its ACP100S demonstration floating nuclear plant.