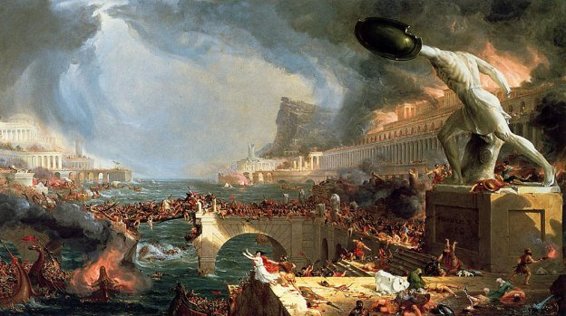 One passage- attributed to Xenophon or Aristotle depending on text reads thus:

"The contrast between aristocracy and democracy is universal. It is based on the fact that intemperance and injustice are more or less unknown in the best of men, who have the highest degree of concern for decency, whereas ignorance and unruliness and dishonesty are in the highest degree qualities of the masses, who are tempted to immoral conduct by their poverty."

The further divisions of the Greek city states, primarily those of Athens and Sparta closely resemble the bitter divide that exists in our present era; the Spartans were driven by masculine efforts of martial discipline, patriotism, and honor (those of the warrior class), while the Athenian ideals were of endless hedonism, sophistry, commerce and banking. The conflict between the two as the Greek era slid into decline set the stage for the inevitable collapse of the foundational civilization of Western mankind.