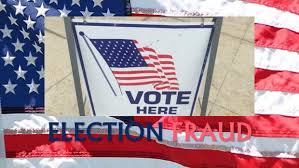 America is not paying attention to the audit and there is nothing more important right now. If Arizona were to be flipped for Trump, the dominoes would begin to topple and many other swing states would move in Trump's direction. This is particularly true if jaiL time was attached to corrupt election officials.

Trump won the election in Arizona by a massive 2-1 landslide. The numbers from the audit have been leaked to me.