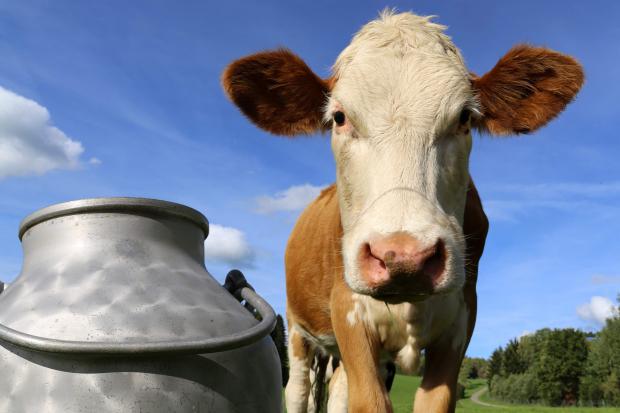 Researchers in Russia announced they have produced the country's first viable cloned cow - and are now editing her genes in the hope of producing hypoallergenic milk.

The unnamed calf weighed about 140 pounds when she was born in April 2020.

For her first year, she was kept in a separate enclosure with her mother. Now, 14 months, she's up to nearly a half-ton and appears healthy with a normal reproductive cycle.

'Since May, she has been on daily pasture with the other cows of the Institute,' said  Galina Singina, a researcher at the Ernst Federal Science Center for Animal Husbandry and lead author of a new study published in the journal Doklady Biochemistry and Biophysics.

'It required some adaptation, but that happened quickly,' she said.

The experiment was a double win, according to the report from Moscow's Skoltech Institute of Science and Technology, because the researchers also successfully altered her genes to not produce the protein that causes lactose intolerance in humans.

Singina worked with colleagues at Skoltech Institute and Moscow State University to 'knock out' the genes responsible for beta-lactoglobulin,  the protein that causes 'lactose malabsorption,' often called lactose intolerance, in humans.

They managed to clone the calf using somatic cell nuclear transfer (SCNT), with the nucleus from a regular cell of a donor transferred into an egg with its nucleus removed.