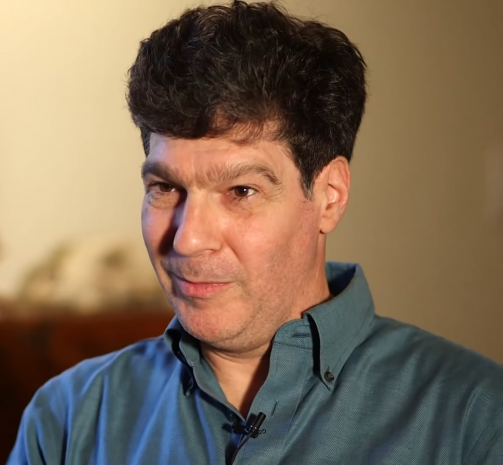 The censorship envelope has since widened dramatically via a series of high-profile incidents: Facebook and Twitter suppressing the Hunter Biden laptop story, Donald Trump's social media suspension, Apple and Amazon's kneecapping of Parler, the removal of real raw footage from the January 6th riots, and others.

This week's decision by YouTube to demonetize podcaster Bret Weinstein belongs on that list, and has a case to be to be put at or near the top, representing a different and perhaps more unnerving speech conundrum than those other episodes.

Profiled in this space two weeks ago, Weinstein and his wife Heather Heying — both biologists — host the podcast DarkHorse, which by any measure is among the more successful independent media operations in the country. They have two YouTube channels, a main channel featuring whole episodes and livestreams, and a "clips" channel featuring excerpts from those shows.

Between the two channels, they've been flagged 11 times in the last month or so. Specifically, YouTube has honed in on two areas of discussion it believes promote "medical misinformation." The first is the potential efficacy of the repurposed drug ivermectin as a Covid-19 treatment. The second is the third rail of third rails, i.e. the possible shortcomings of the mRNA vaccines produced by companies like Moderna and Pfizer.

Weinstein, who was also criticized for arguing the lab-leak theory before conventional wisdom shifted on that topic, says YouTube's decision will result in the loss of "half" of his and Heying's income. However, he says, YouTube told him he can reapply after a month.

YouTube's notice put it as follows: "Edit your channel and reapply for monetization… Make changes to your channel based on our feedback. Changes can include editing or deleting videos and updating video details."

9 Reasons Why Joe Rogan Should Be CANCELLED!