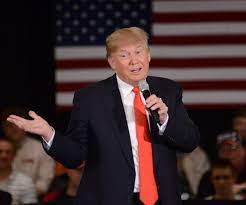 The charges relate to paying perks for executives without showing those perks on their W-2 forms and paying income taxes and payroll taxes on those perks.

I bet the WaPo, NYT, and other media outlets will have trouble finding those charges against other corporations, so I am sure they will advocate for going after all corporations and entities for this crime because they always want equal treatment under the law, don't they?

All corporations, including the WaPo and the NYT, should now be investigated to make sure that no executives ever get free stuff, like country club dues or special transportation, without paying income and payroll taxes.

Since the Trump organization got in trouble for paying private tuition, every university that gives free or subsidized tuition to its administrators and professors will now be charged with a crime, and the perk will be cut off.  Does anyone think that will happen?

Every airline that gives free flights to its employees and family members will have to stop giving that perk, won't it, since there is no legitimate business purpose for that expense?

Pelosi and other members of Congress will now have to pay full freight every time a family member goes on a flight on a government-owned plane.  Why do taxpayers have to pay for this largesse in the first place?

The bill to Joe Biden and the government will be massive for all the flights Hunter took on Air Force 2 as he was going overseas to line up as many kickbacks as he could from foreign countries and companies.  After all, Joe said he never talked with Hunter about anything concerning his business dealings, so there is no way his presence on all those flights could have had any legitimate business purpose.

Donald Trump must be extremely clean because, after years of targeted investigations by the IRS, the FBI, the media, Congress, and N.Y. prosecutors, this is all they could come up with.  That is clearly evidence that this was a witch hunt in search of a crime instead of an investigation because there was evidence of a crime.