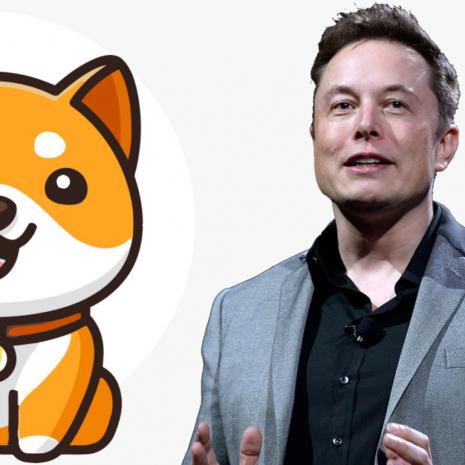 Just when you thought there were plenty of dog meme tokens flooding the market, another canine coin has broken free from the kennel. A new token called baby doge (BABYDOGE) has been the talk of the crypto community the last few days, and Elon Musk decided to tweet about the token on Thursday. Musk's tweet wasn't very coherent and he simply said:

Of course, Musk's tweet sent the baby doge token skyrocketing as the digital currency has risen 228.3% over the last 24 hours. Seven-day stats against the U.S. dollar show baby doge is up 53% this week, and across the last two weeks the coin has jumped 716.9%.