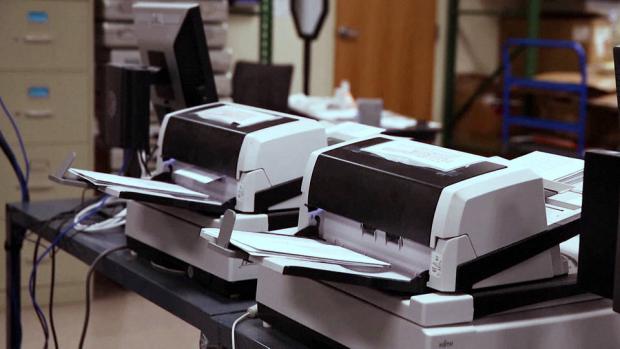 The Maricopa County Board of Supervisors, which oversees elections in the county, issued a response to a letter sent by Arizona Secretary of State Katie Hobbs, saying the county "shares [her] concerns" that the integrity and security of the Dominion Voting Systems machines and ballots might have been compromised during the audit.

"Accordingly, I write to notify you that Maricopa County will not use the subpoenaed election equipment in any future election," said the letter, dated Monday.

And in a news release, the county pledged to "never use equipment that could pose a risk to free and fair elections," suggesting that the auditors may have compromised the machines.

Hobbs, a Democrat, had written to the county in May that she has "grave concerns regarding the security and integrity of these machines, given that the chain of custody, a critical security tenet, has been compromised and election officials do not know what was done to the machines while under Cyber Ninjas' control." Cyber Ninjas is the Florida-based technology firm that helped with the audit, which was authorized earlier this year by the Republican-controlled state Senate.

After the announcement from Maricopa County, several Republicans praised the move to do away with the machines—but not for the reasons offered by Hobbs or the county officials.

"No more machines," wrote Republican state Sen. Wendy Rogers on Twitter, alleging in another tweet that the machines are easily compromised.

"Go back to the old way," she also wrote in concurring with a tweet issued by GOP state Sen. Kelly Townsend.