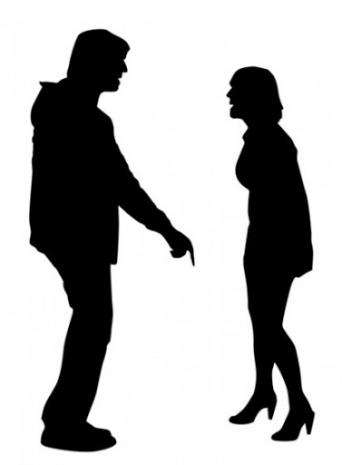 A man who compared stay at home mums to gold diggers who simply use their husbands as personal ATMs has been slammed online by thousands of women.

'Jonathan' was outed by popular Facebook Page 'Stay at Home Mum' after sending them a message demanding fulltime mums stop being so 'lazy'.

'This encourages females not to be in the workplace and to rely on men,' the man said referring to the name of the page.

But the unprovoked rant continued.

'I just think women shouldn't be lazy. Men take care of their kids and work a full time job. why shouldn't females bring in half their weight as well,' he said.

He added that relationships should be half and half with both parents taking care of the kids and bringing in 50% of the money.

'Being with a man so he can work hard and give all his money to you is not a job and is not okay,' he said.

'Taking advantage of someone and treating a man like a bank is not okay. It is called gold digging and it is being someone who uses others,' he concluded.

The page shared a screen shot of the very direct message with their followers who slammed the father for his arrogance.

'Let's talk about childcare, Jonathan. In my state, it is $600 per child. At least. I homeschool SEVEN children. I am saving us $4,200 a month by staying at home and freeloading off of my husband,' one woman said.

'I also meal plan and cook meals, so I'm saving us chef costs at a rate of at least $1300 per month for a mediocre chef.'