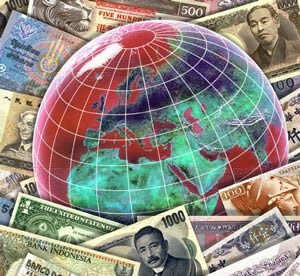 Merchants of the Bronze Age had a self-regulating market which allowed them to trade goods across Europe using common weight systems, a study has claimed.

It meant a trader 4,000 years ago could travel from ancient Mesopotamia to the Aegean and from there on to Central Europe without having to change their own set of weights because similar systems were in use.

Researchers say this is evidence of a global network regulating itself from the bottom-up because there was no international authority that could have regulated the accuracy of weight systems over such a wide territory and long time span.

In Europe, beyond the Aegean, centralised authorities did not even exist at the time.

It meant merchants could use a unit of value in the age before coins and bills that allowed them to interact freely, establish profitable partnerships and take advantage of the opportunities afforded by long-distance trade, the study said.

It was led by researchers from the University of Göttingen in Germany.

'It is now possible to prove the long-held hypothesis that free entrepreneurship was already a primary driver of the world economy even as early as the Bronze Age,' said Professor Lorenz Rahmstorf.

His colleague, Dr Nicola Ialongo, added: 'The idea of a self-regulating market existing some 4,000 years ago puts a new perspective on the global economy of the modern era.