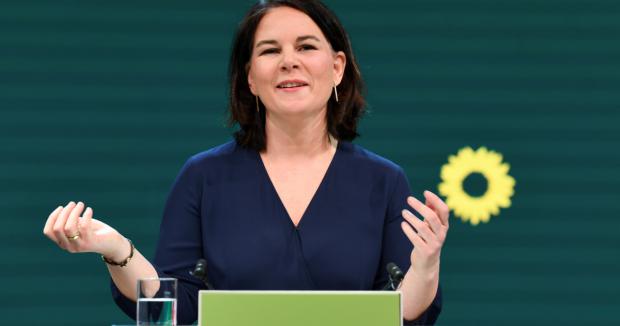 At the end of April and beginning of May, support for the Green Party surged, briefly putting them in first place.

Talk of a Green government ensued. Take a look at the turn of events.

An Infratest dimap poll, published June 10, debunked one of the more persistent myths about Germany - that it is naturally a green country. Germany has a strong Green party, but there is a specific history to that, one that one should not be confused with general attitudes in society.

Here are some of the highlights. Should the state outlaw behaviour that is particularly damaging to the climate? 53% say No. Are you in favour of higher petrol prices? 75% say No. Should the government encourage a shift from fuel-driven to electrical cars? 57% say No.

The Greens are back to where they were at the beginning of the year, at around 20-22% - which we think is where the current core support lies.

The above snips are courtesy of Eurointelligence.