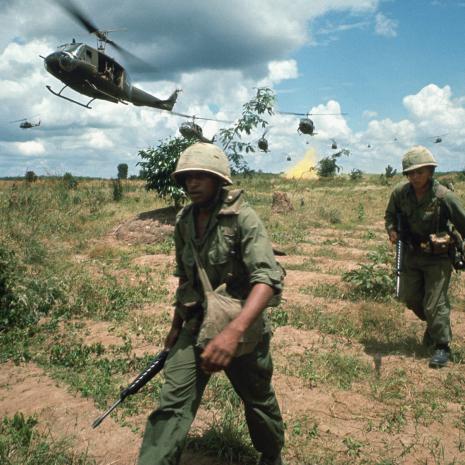 Many reflections on America's final days in Vietnam miss the point, pondering whether the war could have been won or lamenting the fate of U.S. collaborators left behind. The bigger questions are why did the U.S. go to war and why wasn't the bloodletting stopped sooner, as ex-CIA analyst Ray McGovern reflects.

Ecclesiastes says there is a time to be silent and a time to speak. The fortieth anniversary of the ugly end of the U.S. adventure in Vietnam is a time to speak – and especially of the squandered opportunities that existed earlier in the war to blow the whistle and stop the killing.

While my friend Daniel Ellsberg's leak of the Pentagon Papers in 1971 eventually helped to end the war, Ellsberg is the first to admit that he waited too long to reveal the unconscionable deceit that brought death and injury to millions.

I regret that, at first out of naiveté and then cowardice, I waited even longer – until my own truth-telling no longer really mattered for the bloodshed in Vietnam. My hope is that there may be a chance this reminiscence might matter now – if only as a painful example of what I could and should have done, had I the courage back then. Opportunities to blow the whistle in time now confront a new generation of intelligence analysts – whether they work on Iraq, Syria, Afghanistan, ISIS or Iran.

Incidentally, on Iran, there was a very positive example last decade: courageous analysts led by intrepid (and bureaucratically skilled) former Assistant Secretary of State for Intelligence Thomas Fingar showed that honesty can still prevail within the system, even when truth is highly unwelcome.