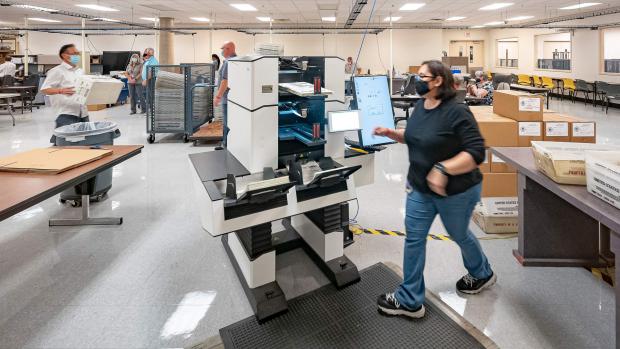 This is the second attempt at writing this article. The original article was mysteriously removed following publication and all attempts to recover the article have failed. In one way, this is a blessing in disguise. In the rewrite, I am going to scale down the article and subsequent documentation. If the audit reporting does not follow what I know to be the correct path, all will be printed.

Before presenting the final findings, that I previously published in early May of this year, it is important to note that intimidation has been a mainstay of the left in attempting to block the true story of the Maricopa County Election from being fully revealed.

The following government officials have conspired to steal the election from President Trump and Senator McSally:

1. Governor Doug Ducey- Ducey built his ice cream business inside of Communist China with their explict help. The governor is an ally of the CCP. In a 2017 National Governor's Association Meeting in which the Chinese Chamber of Commerce attended, Ducey promised rare earth minerals to the CHICOM army and then proceeded to cut the ribbons on these CCP military shell corporations when they came to Arizona to open business. Ducey refused to honor the request of the Arizona Legislature to meet in order to investigate the election prior to the January 6th certification vote by Congress.