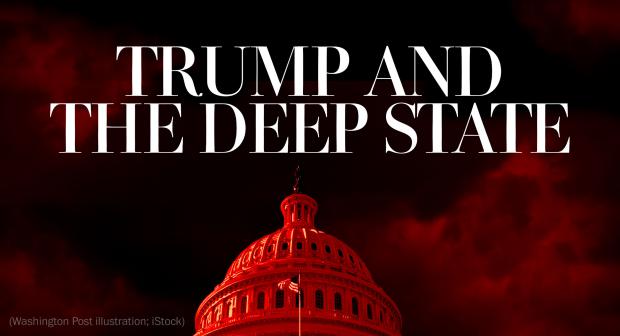 Since then, Donald Trump lost the 2020 election by fewer than 50,000 votes in a handful of swing states that determined the Electoral College result. There were numerous issues that could drive that relatively small number of votes. But machinations by the Deep State probably cost Trump far more votes than it took to seal his loss.

The first three years of Trump's presidency were haunted by constant accusations that he had colluded with Russians to win the 2016 election. The FBI launched its investigation on the basis of ludicrous allegations from a dossier financed by the Hillary Clinton presidential campaign. FBI officials deceived the FISA Court to authorize surveilling the Trump campaign. A FISA warrant is the nuclear bomb of searches, authorizing the FBI "to conduct simultaneous telephone, microphone, cell phone, e-mail and computer surveillance of the US person target's home, workplace and vehicles," as well as "physical searches of the target's residence, office, vehicles, computer, safe deposit box and US mails," as a FISA court decision noted. The FISA court is extremely deferential, approving 99 percent of all search warrant requests.