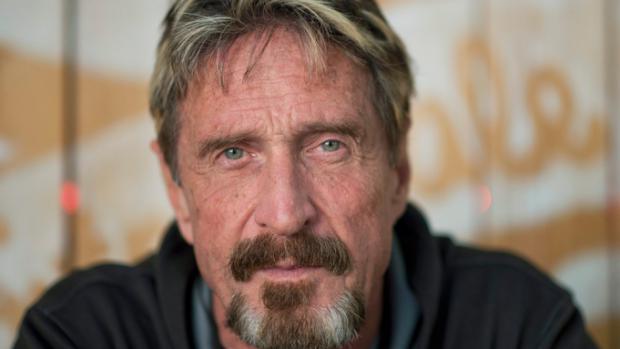 Hours after a Spanish court granted a request to have him extradited to the US, John McAfee was found dead in a Spanish prison cell on Wednesday. The Catalan Justice Department said 75-year-old McAfee took his own life. Details of McAfee's passing are still emerging.

McAfee is one of Silicon Valley's most well-known pioneers, a driving force in now-ubiquitous antivirus technology. However, his later life came to be dominated by legal troubles and headline-grabbing personal exploits.

What did John McAfee create?

You're probably familiar with the name "McAfee," even if you never heard of John McAfee the person. McAfee is one of the most widely used antivirus software providers for Windows PCs and is credited as a pioneering cybersecurity company. Much of that is due to John McAfee himself, who propelled the company to prominence in 1987 by developing code protecting computers from the Brain virus -- the first computer virus created for IBM PCs.

"When I first read about the Pakistani Brain virus, I'd never heard of a virus before, neither had anyone in technology," McAfee told the BBC in 2013. "It fascinated me."

His company, McAfee Associates, was created in 1987 with the hopes of tapping into the burgeoning field of antivirus technology. And it did exactly that, but without its founder. McAfee sold his stake in the company in 1994, reportedly for $100 million -- though his fortune fell to around $4 million following the 2007 financial crisis.

McAfee was bought out by Intel for $7.6 billion in 2010. When Intel rebranded McAfee as Intel Security, McAfee responded: "I am now everlastingly grateful to Intel for freeing me from this terrible association with the worst software on the planet." Intel ultimately rerebranded Intel Security as McAfee in 2016.